I love these images! Makes my heart race thru space and back. Join me??? 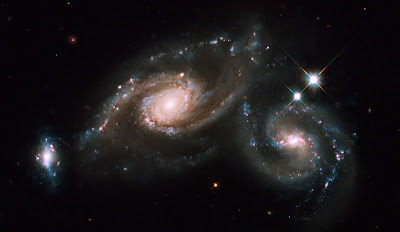 On April 1-2, the Hubble Space Telescope photographed the winning target in the Space Telescope Science Institute's "You Decide" competition in celebration of the International Year of Astronomy (IYA). The winner is a group of galaxies called Arp 274. The striking object received 67,021 votes out of the nearly 140,000 votes cast for the six candidate targets.