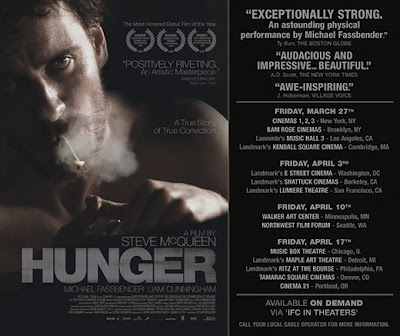 Directed by Turner Prize Winning British Artist STEVE McQUEEN, the film tells the story of Bobby Sands who led the 1981 IRA hunger strikes in the Maze Prison in Northern Ireland. The film has won acclaim at all the major festivals since it premiered at Cannes last year, where it won the Camera d'Or for Best First Film.