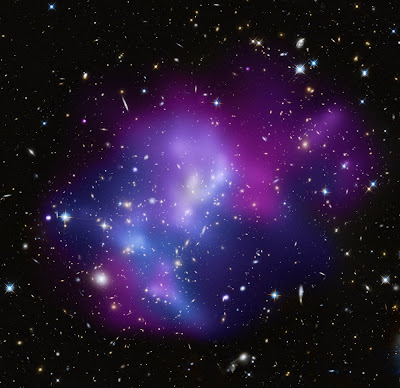 This composite image shows the massive galaxy cluster, MACS J0717, (for short), where four separate galaxy clusters have been involved in a collision — the first time such a phenomenon has been documented.

The repeated collisions in MACS J0717 are caused by a 13-million-light-year-long stream of galaxies, gas, and dark matter — known as a filament — pouring into a region already full of matter.