PAINTING THE UNIVERSE AS POETRY

ARTIST ANNE MARCHAND TO SHOW AT BLACKROCK
Washington, DC Artist Anne Marchand joins Mike Shaffer and Mark Sharp for the three person show curated by Gallery Director Kimberly Marshall at BlackRock Center for the Arts from June 5 - 28, 2013. An artist reception is planned for Saturday, June 8, from 5:30 - 7:30pm. You and your guests are invited.

Marchand’s explosion of color is what most viewers see first, but her works have an otherworldly aspect as if the viewer can jump in and connect. Marchand is exploring science and astronomy and where it intersects with mythology through her work. The layers of color are like poetry, which can be examined for multiple viewpoints and meaning.

“I am particularly interested in how the sciences and astronomy relate to mythology and spirituality. These are the myths that Joseph Campbell calls metaphor as myth and religion,” says Marchand. Through her own research, reading and "seeing" through the eyes of Hubble, she connects back to earth and how we are in the midst of creating a new planetary mythology based on oneness. “Over the last decade, I have been particularly interested in Sufi poetry and exploring language in paint,” says Marchand.

For the show, Marchand has selected three large works and several smaller pieces. The large works are “Renewal,” "Monde Matériel" and "a priori," all are 72x72 In., acrylic and mixed media on canvas. “These works address mythology and metaphor as a way to illicit an epiphany within the human being as to the wonder and oneness of the universe,” says Marchand.

BlackRock Center for the Arts is located at 12901 Town Commons Drive, Germantown, MD 20874, near the intersection of Middlebrook Rd. and Route 118.

About the Artist:
Anne Marchand is a Washington, DC based artist. She holds Fine Arts Degrees from the University of Georgia and Auburn University. Her works have been included in national and regional exhibitions and featured in 100 Artists of the Mid-Atlantic Book, Studio Visit Magazine and American Art Collector. Schiffer will feature her work in Artist Studios and Homes in 2014. Porter Contemporary represents her work in New York. Anne has received grants for her work, notably an Artist Fellowship from the DC Commission on the Arts and Humanities and a Mid Atlantic Arts Foundation residency grant to Mexico. She has taught painting and drawing at Mt. Vernon College’s School of Art and Design and was visiting artist with the University of Illinois, School of Architecture study abroad program. Her work is featured in corporate and private collections in the United States.

BlackRock Center for the Arts is a cultural cornerstone of Germantown that engages the communities of Upper Montgomery County to explore, experience, and celebrate the arts. For further information about BlackRock, call the center at 301.528.2260 or visit www.blackrockcenter.org. BlackRock is located at 12901 Town Commons Drive, Germantown, MD, near the intersection of Middlebrook Rd. and Route 118.

To schedule an interview with any of the artists or with BlackRock Executive Director Krista Bradley, contact Laurie Levy-Page, Director of Marketing and Communications, at 240-912-1057.

“What is it to fully experience life, to be present to the action of living, the moment of being?” is the essential question Joseph Campbell asks. Artists Sharron Antholt, Rob Barnard, Kristin Casaletto, Laurel Farrin, Robilee Frederick, Peter Hiers, Tom Nakashima, Katherine Sherwood, and Katarina Wong express this desire for the ecstasy of being alive as they share what they have discovered in the Joseph Campbell: The Artist's Way exhibit.

Joseph Campbell:
The Artist's Way
Campbell writes, "the way of art...leads also to the mountaintop that is everywhere, beyond opposition of transcendental vision…and everything appears to man as it is, infinite.” Nine artists lead you into this mystery at the Carl Cherry Center from April 19-May 31.

http://celadonarts.org/events/event/
Posted by Anne Marchand at 5/30/2013 No comments:

Thursday, May 30th, 6:30 - 8:00pm
Curator Joan Oshinsky will lead the tour of the largest art collection in DC that is not in a museum. The $4 million permanent art installation features paintings, sculptures, graphics,photography, and mixed media works created by local, national, and international artists.

Meet at the Visitor Information Center in the Grand Lobby
No charge, but space is limited

Advance Reservations Required
Phone and leave a message or email; a staff member will confirm your reservation
Community at eventsdc.com
202.249.3200

Charcoal, ink, acrylic, photography and animal skulls are simply the beginning of the story to Jennifer Murray's second solo exhibition at Porter Contemporary. Murray imagines a totemic tribute to the power of mythology rooted in nature through a digital and technical lens. Murray will explore the ways in which we experience the power of the natural world using the color white in its varied patterns as the basis for inter-connectivity.

What is covered:
This workshop is for some who have little familiarity and some who have experienced working with the medium, but seek to refine their skills.

Diversity of learning is covered, including the basic materials and techniques, safety issues and discussions of supports, grounds, layering, scraping, fusing, transparencies, collage, image transfer, including combination with oil and other media.

What is included: The use of encaustic equipment is included; heated palettes, heat guns & torches. 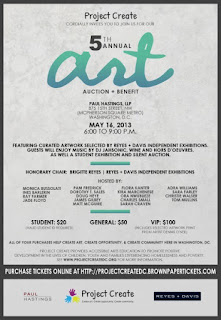 In a few years, when I've forgotten you, and when other stories like yours...rise to the surface, I'll remember you the way I would remember the forgetting of love itself. I'll think of this story as I would of the horror of forgetting.
-Hiroshima Mon Amour

Curator's Office is pleased to present Unspoiled, a new exhibition of photographic works by celebrated Canadian collaborative team Nicholas & Sheila Pye. This will be the fourth exhibition of work by the Pyes at Curator's Office. Unspoiled includes four large dramatic photographs. This will be the last exhibition in the space at 1515 14th Street in Washington, DC as the gallery relocates, so it is appropriate to conclude a wonderful nine-year run in Logan Circle with work that explores the psychological intensity of transition.

Art historian and Hirshhorn Museum & Sculpture Garden Program Associate Jessica Beck writes, "The artists Nicolas & Sheila Pye have spent their careers exploring the trials and tribulations as well as tender moments of love. In both film and photography, they have explored broad themes of attachment, gender politics, the ego, and the unspoken wishes and desires that can plague relationships. In their new body of photographic work, the Pyes use nature to tell a different, more mature story of loss, the failings of memory, and the fragility of love. The stylized sets that they once employed in films have been traded in for the serene simplicity of nature. In dense forests and clear streams, themes of connection, loss, and memory are staged in sublimely blissful settings."

"While memory and loss are prominent themes in this new series, mutual respect emanates from these images. This series tells a tale of remembrance, esteem, homage and perhaps growth. In this forest of the past, there is perhaps the promise of a new and different future. These figures seem to be treading cautiously, but forward nonetheless."


On the afternoons of May 18th and 19th tour 25+ working art studios, in and around the Dupont Circle, Logan Circle, U Street and Shaw neighborhoods, better known as Mid City. Visitors can hop from one studio to another within vibrant Mid City and witness an expansive offering of art and culture by the city’s most-talented and creative artists. This bi-annual event, now in its 10th year, offers visitors a rare portal into the artists’ creative habitat and an opportunity for the public to participate in the District’s dynamic and diverse arts community. Each studio is unique and locations range from retail spaces, old carriage houses, spare bedrooms, apartments to basements. The participating artists represent a great diversity of work, including drawings, sculptures, paintings, prints, photographs and mixed media.

MCA is a distinct and talented group of more than 35 professional artists who have come together to promote their work and to create an artists’ community in the central part of the nation’s capital. Numerous business sponsors support MCA by exhibiting member works throughout the year and during the Open Studios weekend.

The show is up through May 17, this is the last week!
Go see it if you are in North Carolina!


Pictures from the artist reception are up on Flickr. Enjoy!

McLean Project for the Arts in partnership with the Virginia Museum of Fine Arts will present a Power Point lecture on the work of Tom Wesselmann at The Alden on June 7 at 7:30 pm. VMFA Deputy Director Robin Nicholson will talk about this remarkable exhibition currently running at the VMFA. Famous for his Great American Nude series, American painter Tom Wesselmann (1931 – 2004) is widely regarded as one of the leading figures in the vanguard of American Pop Art. Mr. Nicholson will also give a sneak preview of the upcoming VMFA exhibition "Hollywood Costume".

The Alden is located in the McLean Community Center at 1234 Ingleside Avenue in McLean.

Free, tickets required and limited in number. Contact Ellen Face at eface@mpaart.org or 703-790-1953 to reserve your tickets now.

McLean Project for the Arts is a non-profit visual arts center founded in 1962 to exhibit the work of emerging and established regional artists. In addition to its program of high quality, professionally-curated art exhibitions, MPA offers art classes for children and adults taught by professional art instructors. MPA also presents the Art Reach program for area schools, gallery talks, and day trips to area museums and galleries. MPA is a partner with the Virginia Museum of Fine Arts.


Browse and shop for fine art & craft, eat delicious food and listen to live music at the Bethesda Fine Arts Festival this weekend!
130 artists from throughout the United States and Canada will converge in Bethesda's  Woodmont Triangle for the Bethesda Fine Arts Festival. Join us for a unique shopping experience in downtown Bethesda. Browse jewelry, furniture, painting, photography, sculpture and more. Click here for a list of participating artists.
Along with booths of fine art and fine craft, the festival will feature live musical, a children's activity area and great eats from Bethesda restaurants. Eateries include Mamma Lucia, Hard Times Cafe, Freddy's Lobster & Clams, Haagen-Dazs and Yamas Mediterranean Grill.
Enjoy live music all weekend long. Browse art while listening to the sounds of the Dave Klein Jazz Trio, Sweet Saludos, Sandra Y. Johnson Quartet, Marek and the Boss Chops, Angie Miller, Round About and Elikeh. Click here for the performance schedule.
Admission to the festival is free and free parking is available in the public parking garage on Auburn Avenue. This event is held rain or shine.

Purchase tickets online at
http://projectcreatedc.brownpapertickets.com/
Posted by Anne Marchand at 5/07/2013 No comments:

Freya Grand at Plan B