Perry Frank began documenting DC’s murals in 1996 with the goals of making the magnificent public art more accessible and meaningful, and of preserving the city’s mural story for future generations. Over the years we have lead tours, produced public programs, and organized exhibitions. We have pursued our vision with small grant funding and the sweat equity of associates, advisors, and interns. Most recently we received a grant from HumanitiesDC to organize a public program on the early history of murals in DC (c. 1970-85) to accompany publication of an article on the same subject.

DC Murals is now taking the next step—we are planning to publish a coffee table book that will capture the vital mural scene in the nation’s Capital. The book will draw on our extensive archive of images and interviews to showcase and interpret murals from 1970 to the present, representing all eight wards and many city neighborhoods. It will include profiles of the artists and a list of donors.

Washington is the only major mural city in the country that does not have a mural book—some have several. Beautiful reproductions and interpretive text will electrify residents who are surrounded by the art, and amaze visitors who know Washington only as the “Federal city.” To support development, design, and publication of the book, we are launching a Crowd Source funding campaign through Indiegogo. We’ve attached a link to a video explaining our project. I hope that you will take a look and donate now, so that we can have the book ready to go by the end of the year.

This Wednesday - Art in Context: Ireland 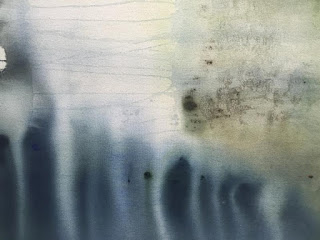 Join Hillyer Art Space for a panel discussion exploring how contemporary artists are changing perceptions of Irish identity and how they exist within broader socio-economic conditions.

Moderated by Allison Nance, Director of Hillyer Art Space
The goal of Art in Context events is to showcase artists and artwork in the broader social, economic, political context in which they exist. When members of the arts, economic, foreign policy, and academic communities come together and increase their understanding of subject matter outside of their respective fields, they can establish new connections and pathways of thinking, which will in turn allow them to become better informed, conscious leaders.

This panel is in conjuntion with our June exhibition Repression, Resurgence, Reemergence: One Hundred Years of Re-possessing and Re-appropriating Irish Identity.
This curated exhibition is presented in partnership with Solas Nua. Curated by Jackie Hoysted, this exhibition commemorates the 100th anniversary of the Easter Uprising. Twelve visual artists for whom Ireland is their own or their forefathers' birthplace or, their adopted home, were invited to create works that investigate Irish cultural identity.

This year marks the centennial anniversary of the 1916 Easter Rising in Ireland, a pivotal point in Irish history that served as a catalyst for the beginning of the end of the British occupation of Ireland. Hillyer has partnered with Solas Nua to present a curatored exhibit featuring work that investigate Irish cultural identity.
On June 16th, curator and artist Jackie Hoysted will lead an Irish Ogham Script (temporary) tattoo activity and artist a poet Bart O'Reilly will perform a poetry reading. Irish refreshments will be served.

Hillyer is always closed the week leading up to the first fFriday of the month for installation of new exhibitions, with the opening receptions 6-9pm for Dupont First Friday Gallery Walk.