Just finished this collection of timeless concise quotes on creativity. From Duchamp to O'Keefe, It's just right for everyday inspiration!


--
The Art Lover's Quotation Book is a collection of fun, inspirational, meaningful quotes perfect for every art lover. 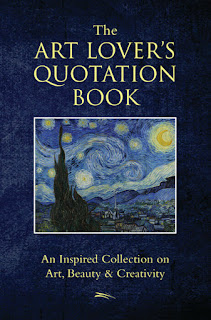 What is art? Art is beauty; art is love; art is anything you want it to be. In short, art is creativity in tangible form, something to appreciate and experience. The best kind of art evokes emotions, asks questions, all while speaking to a deeper truth. The Art Lover's Quotation Book is for anyone who believes that art is a fundamental way of life.
Full of great quotes about enduring works of art, from creating it to consuming it, and everything in between, The Art Lover's Quotation Book is the perfect gift for the artist in all of us.
THE ART LOVER'S QUOTATION BOOK
978-1-57826-631-9, $12.50 hardcover
Published by Hatherleigh Press.
Distributed through Penguin Random House.
Available wherever books are sold.
www.hatherleighpress.com
Posted by Anne Marchand at 5/22/2018 No comments:

Pushing Boundaries by Ellouise Schoettler: Sunday, June 24, 2-3PM
Local cable host, producer, former WWAC member, and nationally known storteller Ellouise Schoettler will be performing in the museum. Taking the audience back to the 1970s Second Wave Women’s Movement and her experience in grassroots movements, Schoeletter will describe an experience with the WWAC that had far-reaching effects for her political activism.

Events are free and open to the public

The Washington Women’s Arts Center (WWAC), located at 1821 Q Street NW, then at the Lansburgh Cultural Center, was created in 1975 as a non-profit organization to provide professional support and opportunities for women in the arts. Throughout its history, the WWAC also sponsored speakers, pro-duced literary and visual arts journals, and collabo-rated with other organizations to raise the profile of women artists in the Washington area and around the country.This exhibition features the art of former WWAC members and exhibitors. Curated by Françoise Yohalem, it will showcase 90+ works produced between the years 1975-1987, some of which are iconic of that time. The show brings back the energy, passion, and talent of members when the WWAC was, for many, “the only show in town.” Recent works by WWAC artists will be featured in a slideshow and select interviews with members will appear in an accompanying documentary, Voices from the Washington Women’s Arts Center. This exhibition is sponsored by the Alper Initiative for Washington Art.
public 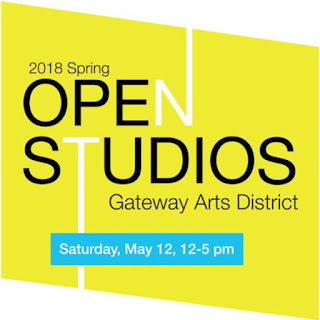 Download a printable PDF map HERE
The artists of Maryland’s Gateway Arts District present the 14th iteration of the Spring Open Studios on Saturday, May 12, 2018 from 12-5 p.m. The self-guided tour (use downloadable map above) takes place in the Gateway Arts District along Route 1 in Prince George’s County, MD in the towns of Mount Rainier, North Brentwood, Brentwood and Hyattsville. The inaugural opening celebration of the new Lab Gallery at the Brentwood Arts Exchange in the Gateway Art Center—located at 3901 Rhode Island Ave, Brentwood, MD 20722—will take place after the open studios from 5-8 p.m. The Gateway Arts District is the DC metro area’s largest arts district and houses internationally renowned galleries, studios, workshops and art spaces. Visitors have the opportunity to directly interact with artists in their studios and to connect with their artistic process.

34 Venues. 70 Studios. Over 100 Artists!
On Saturday, May 12, studios, art organizations, and galleries throughout the Gateway Arts District will open their doors to the public. The event is free and open to people of all ages. Over 100 individual artists participate in the event making the 2018 Spring Open Studios the region’s most prominent visual arts event.  Audiences can attend art openings, glass-blowing demonstrations or select artwork in an artist’s studio. This artist-led event presents a once-a-year opportunity to connect with the region’s most important and economically vital centers of art production.  A free shuttle bus will make stops from Artists by the Tracks in Mount Rainier to Pyramid Atlantic in Hyattsville. For the most up-to-date information about the tour, visit the event’s Facebook page at www.facebook.com/2018springopenstudios

The Spring Art Walk
May 5, 2018, 5 to 8pm
feature 6 galleries along Wisconsin Ave in Georgetown.

Georgetown Galleries on Book Hill have their Spring Art Walk this Saturday, May 5, from 5 pm - 8 pm, with six galleries featuring artwork in a variety of media by American and international artists. At the same time, a common theme--how we interpret and conceptualize the world around us--runs through each show. If you still need convincing, there will be sips and bites, and Patisserie Poupon is grilling outside beforehand! Visit the Georgetown Galleries website for more info. 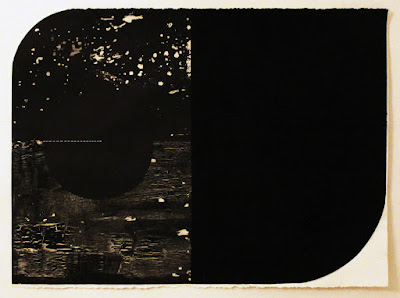 The universe is a place of infinite possibility and beauty in the elegant works of Joan Belmar.  In "Beguiled by Caravaggio" Joan draws inspiration from the Italian Master's use of light and darkness, and creates his own abstract works that investigate the metaphorical meanings of the color black.  In this new body of work, Joan's paintings are more simplified, more minimal, but still allude to the rich layerings of culture, science, maps, and planets, while retaining a sense of mystery.  There is a luminosity, a sumptuous velvety black; a sense of infinity.
Posted by Anne Marchand at 5/02/2018 No comments: