The central cinematographer of Mexico's golden age of cinema, Gabriel Figueroa (1907–1997), played a key role in establishing the nation's visual heritage. A brilliant master of chiaroscuro, he developed a unique style based on his principle of “curvilinear perspective” that merged the latest Hollywood technique with the pictorial art of Mexican muralists Diego Rivera, José Clemente Orozco, and Rufino Tamayo. Figueroa's commitment to Mexican national identity and his country's social issues remained firm: “My art has Mexican nationalism engraved everywhere.” He broke new ground and left an indelible mark on cinematography around the world. The Gallery's presentation of six restored 35mm prints is made possible through the cooperation of the Mexican Cultural Institute and Filmoteca de la UNAM. Special thanks to Ivan Trujillo, José Manuel Garcia, Linda Lilienfeld, and Pablo Gutierrez Fierro. An exhibition of Figueroa's work at the Mexican Cultural Institute, 2829 16th Street NW, Washington, DC, will take place from November 2008 through January 2009. Gabriel Figueroa: Cinematographer is composed largely of still photographs, posters, and archival documents and is one of the most comprehensive retrospectives ever of the work of this Mexican artist. 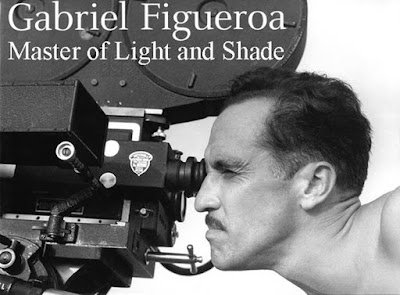 An interesting remake of The Taming of the Shrew set in a Mexican village during the Juárez revolution, Enamorada glows with the radiant María Félix as the spoiled landowner's daughter and Pedro Armendáriz as her pursuer, General Reyes. Figueroa's cinematography is the focal point, capturing the village's churrigueresque cathedrals, the revolution's animated atmosphere, and, noted one writer, “an extreme close up of María's famously arched brow and moonlit eyes set into a landscape of Mexicanidad.” (Emilio Fernández, 1946, Spanish with subtitles, 35mm, 98 minutes)

John Steinbeck's The Pearl (he also co-wrote the screenplay) provided the inspiration for this tender tale of a penniless diver named Quino (Pedro Armendáriz) whose joyful discovery of the title's immensely valuable jewel only brings sadness to his life. The tragedy, set against Mexico’s west coast landscapes, develops a pace and style that conveys the power of its earthy premise—man struggling against his inevitable fate. Figueroa counted La Perla among his favorite films. (Emilio Fernández, 1947, Spanish with subtitles, 35mm, 85 minutes)

In the poverty-stricken backwoods of turn-of-the-century Mexico, priest Don Nazario's obsessive devotion to his own Christian principles produces calamity all around him. Figueroa's lens moves away from the imposing landscapes of his earlier work with Fernández, emphasizing instead the actors who, notes one critic, “constantly arrange and rearrange themselves in approximations of an early Renaissance triptych”—a typically ambiguous layout from Spanish surrealist Buñuel. (Luis Buñuel, 1958, Spanish with subtitles, 35mm, 94 minutes)

A short story by B. Traven lies at the heart of Marcario, a mythical tale about a peasant's chance encounter with the Grim Reaper. When Death grants him magical healing powers, Marcario is powerless to defend himself against the church and the local villagers who accuse him of heresy. Figueroa's chiaroscuro, suitably otherworldly, won an Oscar nomination for best cinematography. (Roberto Gavaldón, 1959, Spanish with subtitles, 35mm, 91 minutes) Gabriel Figueroa Flores, son of the cinematographer, will introduce the screening.

Director Gavaldón teamed up once more with Figueroa and the cast of Macario to make this graceful melodrama about a country girl (Pina Pellicer) who comes to Mexico City, finds work in a pastry shop, and builds a happy life. When her fiancé seemingly deserts her on their wedding day, her fantasies take over and mingle with fact (or perhaps fact was fantasy all along). Emotional moments are made memorable by Pellicer's intimate acting and by Figueroa's beautiful interiors and bright urban streets. (Roberto Gavaldón, 1962, Spanish with subtitles, 35mm, 92 minutes)