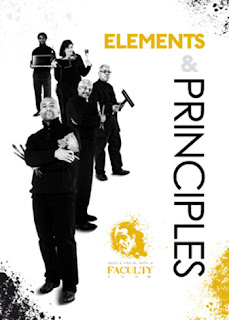 Melchus Davis teaches painting and drawing at Ellington.  His art ranges from water colors, acrylic, and oils to mixed media.  His subjects and themes include landscapes, cityscapes, and figurative compositions, with techniques reflecting his study of Impressionism and Neo Expressionism.

Mike Easton is chair of the Visual Arts Department at Ellington.  He has completed numerous commissions, received awards, and has traveled extensively.  He discovered that the proper use of African American subject matter is rooted in and intrinsic to quintessential American themes.  His influences include the Mexican artist, Diego Rivera who incorporated social and historical commentary and critique into his art.

Bill Harris is a founding faculty member of "Workshops for Careers in the Arts", which later became The Duke Ellington School of the Arts, where he has taught since 1975.  Over a 42 year career in public school teaching in the DC Public School System, he has taught every grade from pre-K to 12th grade.

Rod Little is an accomplished Informational Graphics Specialist and Illustrator with over 20 years experience in both Print and Web news media.  His imaginative and visual skills are demonstrated in a broad spectrum of informational graphics that include scientific and technical diagrams, illustrations, and logo design.

Jacqueline Maggi, has had solo exhibitions in Paris, New York, Havana, and Spain and has participated in numerous juried group shows nationally and internationally.  Her work is in the collection of the National Museum of Fine Arts in Havana and in many private collections.  She has been an instructor at Ellington for the past 11 years.