Scratching the Surface: A Survey of Artists in the Washington Region
dedicated to the memory of Kevin MacDonald, a well-known and much-loved artist who worked in the DC area. 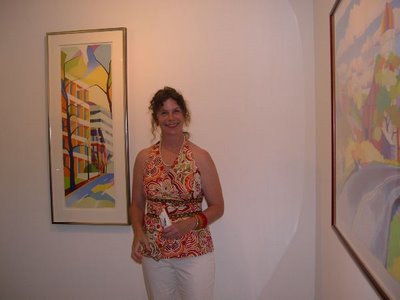 Jody Bergstresser with two of her paintings.

Last nights opening was a hugh turnout. The crowd spilled out onto the front area of the gallery. Pictures from the opening..... 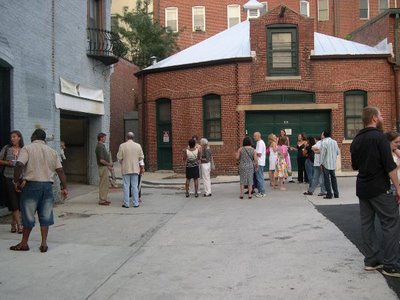 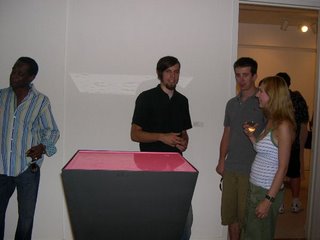 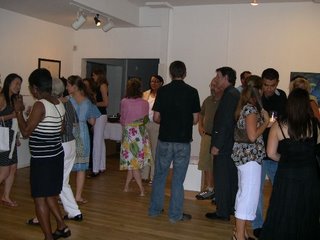 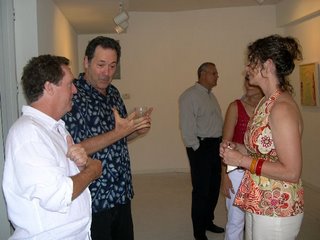 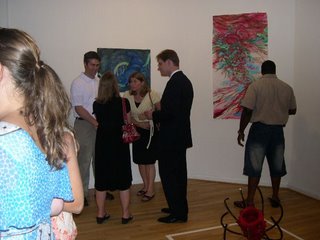 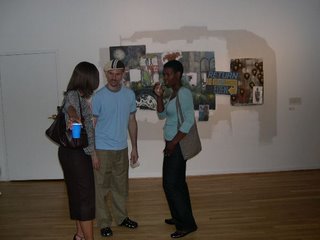