Over at Zenith Gallery in Penn Quarter,Washington, DC... Pictures from last nights opening to meet the artists. 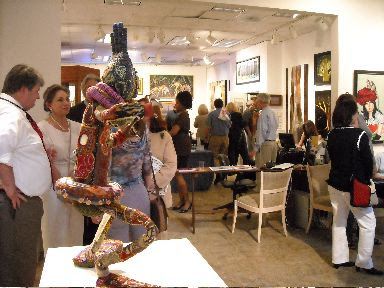 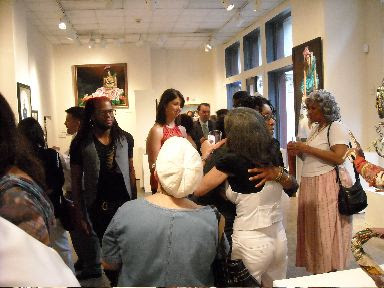 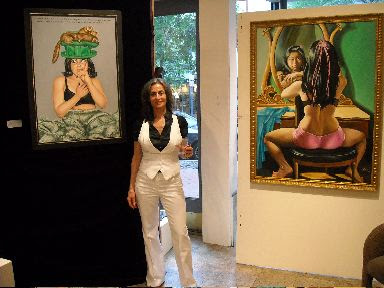 A Washington native, Shelley Laffal has been featured in 13 solo and group shows at Zenith since 1988, exhibiting her paintings in themed food shows, Humor shows, Anniversary shows, Gallery Artists shows and other exhibitions. An artist of intensity, she has shown her paintings in galleries in the Mid-Atlantic region, Florida, Illinois and New Mexico, and placed them in private collections in the Washington metropolitan area and beyond.

Laffal began her training at the Maryland Art Institute and studied at the California Institute of the Arts, and with Canadian painter Ernest Lindner and abstract artist Paul Brach, the husband of Miriam Shapiro. Laffal also spent a decade exploring sculpture as a way of extending her visual vocabulary. In her new work, she departs from depicting fictionalized characters and paints mischievous portraits, merging contemporary human experience with the primitive, hidden part of us that seems headed for extinction.

Raised in Springfield, Ohio, Malone moved from Boston to Washington in 1992 to work at the National Zoo where he cared for the giant pandas Hsing-Hsing and Ling-Ling, arguably the Zoo’s most popular residents. Serendipity, talent and a life-long fascination that started with doll-making soon led this self-taught artist into the art world and since then he has focused on his soft-sculptured creatures, which are in private collections and have been featured in galleries in New York, New Orleans, Baltimore and our area.