25th Anniversary Season!
"Thanks For the Memories" 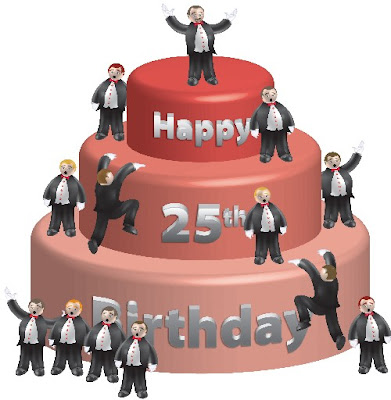 Hear Music Director Frank Albinder lead the Camerata men in "Thanks for the Memories," the crown jewel of the Camerata's silver anniversary.

The concert will feature old and new favorites from the Camerata's repertoire, including selections the Camerata's critically acclaimed recordings and the world premier of works written especially for the group, including "Alas For Those Who Never Sing," by renowned New Zealand composer, Christopher Marshall and a setting of William Carlos Williams' "Nantucket" by Elliott Grabill.

The Washington Men's Camerata is America's preeminent men's chorus. It offers concerts of the highest artistic quality to the widest possible audience, collaborates with other arts organizations, and encourages composers to write new music for male choruses. The Camerata also preserves neglected repertoire through its National Repository Library of Men's Choral Music (The Demetrius Project), which is funded, in part, by a grant from the National Endowment for the Arts.
Posted by Anne Marchand at 5/30/2009